React vs. Angular vs. Vue – which JavaScript framework should you learn next?

If you’d like to make a career as a frontend developer, it’s critical that you master one of these frontend frameworks. We decided to show you the advantages and drawbacks of each framework to help you understand which one is right for you and where you should focus your energy to learn.
Here’s everything you need to know about React, Angular, and Vue. 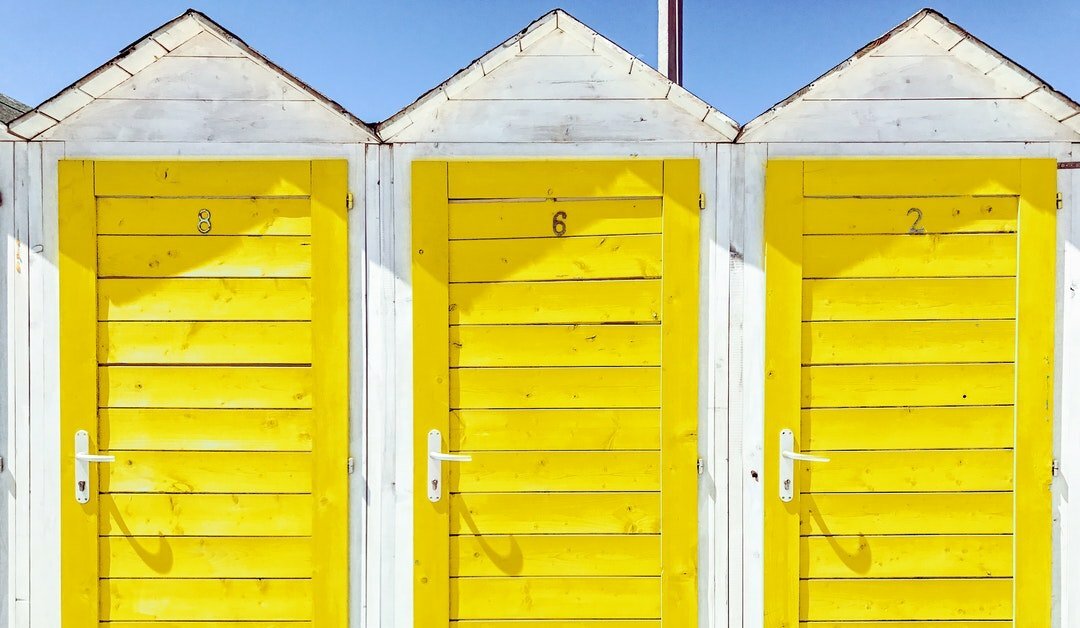 Web development has changed a lot during the last few decades, and so did web applications – they now have more complex architectures, sophisticated UIs, and rich functionalities. Developers have built a host of tools, frameworks, and libraries for everyone to use and accelerate the process of creating new websites and web applications.

A JavaScript framework or library helps developers to build modern web applications like Single Page Apps (SPA), Progressive Web Apps (PWA), and many others. Technologies like React, Angular, and Vue offer code and tools that allow developers to quickly build powerful applications without having to reinvent the wheel. They cut down the development time and reduce the effort it takes to write code for functional web apps.

React is an open-source JavaScript library created by Facebook back in 2013. Many tech giants actually use React internally, and Facebook isn’t the only one out there. You can also find React in WhatsApp, Twitter, Slack, Airbnb, Microsoft, and other cutting-edge companies.

⦿ Gentle learning curve – React is lightweight and easy to learn. It offers developers a simple JavaScript design using a syntax that brings together JavaScript and HTML.

⦿ Excellent documentation and large community – React comes with great documentation, which is fantastic news for beginners. And it’s surrounded by a sizeable community that can help you solve problems.

⦿ Speed – React is really fast thanks to the virtual DOM implementation and various rendering optimizations. It’s one of the fastest frameworks to work with, and developers love it for that.

⦿ Support for Progressive Web Apps (PWA) development – PWA is a strong trend in the market that is definitely here to stay. And React offers excellent support for it.

⦿ Easy coding – React implements functional programming with components. What does it mean for developers? That you can reuse code and create a modularized design. This, in turn, makes your application easier to build upon and maintain. Complex infrastructures can be developed and scaled more easily. That’s great news isn’t it?

What to consider before learning React?

⦿ React is a very opinionated technology – This means that the developer needs to make a lot of their own design choices. As a result, it’s easy to get a little lost if you don’t have enough experience in building applications.

⦿ React is constantly updating – Sometimes, it might be difficult for developers to keep up with the latest documentation.

⦿ You need to know JavaScript really well – React requires an in-depth level of JavaScript knowledge as well as experience in decision-making regarding third-party libraries.

⦿ React uses JSX – And that could be a serious learning barrier for some beginner developers. It comes with its own benefits but getting started might be challenging.

Developed by Google in 2010, Angular is the oldest JavaScript framework in our comparison. It’s based on TypeScript, so knowing it is essential to make the most of this framework. Angular rose to fame in 2016 when Google released Angular 2. Today, companies like The Guardian or Weather.com use Angular to power their popular web applications.

Advantages of Angular for learners

⦿ Use of TypeScript – As we mentioned above, Angular uses TypeScript. What does it mean for developers? That the framework provides excellent support for type-checking and another external tooling that comes in handy during the development process.

⦿ Support from Google – Angular has backing from a reliable organization. This means that it’s not going to become irrelevant anytime soon.

⦿ Massive community – Another reason behind Angular’s bright future is the sheer number of developers who are using it and can provide help when needed.

⦿ Angular Language Service – This handy feature brings autocomplete inside of components to offer developers completions, errors, hints, and navigation. Naturally, it speeds up the development process a lot!

What to consider before learning Angular?

⦿ The variety of structures – Angular comes with a broad range of structures such as components, pipes, modules, injectables, and many more. This arguably makes it harder to learn in comparison to React and Vue, which both focus on components.

⦿ Slower performance – Since Angular works with the real DOM, it’s simply slower than React and Vue. However, this problem can be solved using a strategy that allows developers to manually control the rendering process.

⦿ Waning popularity – Some statistics show that the popularity of Angular is dropping. Still, it’s one of the three top JavaScript frameworks thanks to the fact that it provides developers with clear, informative messages about fixing any issues during app development.

Vue is the youngest framework out of the three tools we have covered in this article. It was developed by an ex-Google employee in 2014, and since then, its popularity has only been increasing. Vue is not as popular as Angular or React, but used by large companies such as GitLab, Alibaba, and Aliexpress.

Advantages of Vue for learners

⦿ Excellent documentation – Even though it’s a young technology, Vue comes with extensive and detailed documentation. This helps to make the already low learning curve even lower. You can create a powerful single page application just with the knowledge of JavaScript and HTML.

⦿ Small size – Vue is the smallest of these frameworks, so it’s an excellent option for lightweight web development and single page applications. Vue’s size also brings benefits such as greater speed and flexibility. In comparison to the other frameworks, it also has superior performance.

What to consider before learning Vue?

⦿ Fewer resources – Despite its growing popularity, Vue is still years behind React and Angular when it comes to its maturity. As a result, developers can find relatively fewer resources and a smaller market share of jobs. Knowledge sharing opportunities, tutorials, and support might be a little harder to find.

Which framework should you choose as your next learning goal?

When considering learning a framework, take its popularity into account. Finding a job is much easier if you know a popular framework that many companies are using. That way, you will find more opportunities because businesses will be looking for candidates with relevant experience. Moreover, it’s very unlikely that frameworks that are popular now will disappear or become irrelevant down the line. Moving from one technology to the other is very difficult, so if a company commits to a given framework, it’s likely to stay that way. Popular frameworks are supported by large communities that produce third-party libraries, tools, support, and lots of documentation and tutorials. Naturally, this helps developers to master them by learning from the best.

Vue, React, and Angular are all popular frameworks. But if you take a look at sources like StackOverflow, Google Trends, and job portals, you will see that React turns out to be the most popular one on the market. It generates the highest number of searches, and StackOverflow positioned React at the second one among the most popular frameworks. Angular was ninth, and Vue ranked seventh. However, note that this included frameworks for all programming languages, not just JavaScript. Among the most wanted frameworks, React ranked the first, Vue the second, and Angular third. So it’s clear that all of these frameworks are hot in the market in 2020.

If you look at job postings on LinkedIn, you will see React almost always ranks first. This means that React is the most sought-after frontend framework today. However, Angular sees more job offerings from the United States, and Vue has become incredibly popular in places like China. 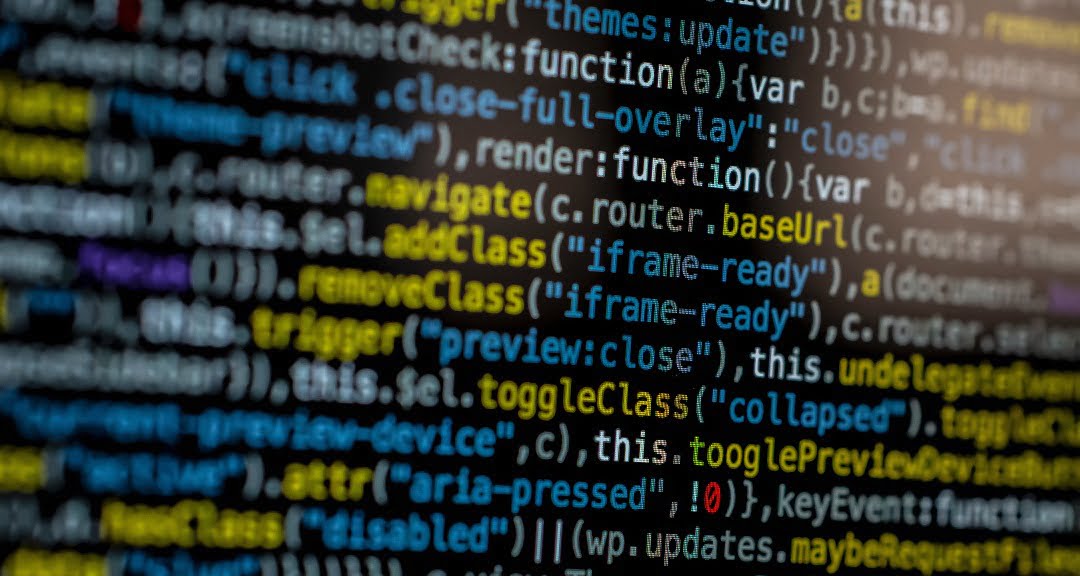 We hope that this guide helps you choose your next move wisely and evaluate these frameworks before deciding to dedicate your time to learning frontend development. If you’re looking to build a career in the IT industry, keep a close eye on our blog, where experts share their insights about career development in this exciting sector.